DDoS: distributed denial-of-service
On the Internet, a distributed denial-of-service (DDoS) attack is one in which a multitude
of compromised systems attack a single target, thereby causing denial of service for users
of the targeted system. The flood of incoming messages to the target system essentially
forces it to shut down, thereby denying service to the system to legitimate users.

You can launch a DDoS attack by installing .vddos viruses at your slaves, and then launch
a DDoS attack at the slaves page. You will need at least 5 DDoS slaves to launch the
attack.
Required software: a .rddos program 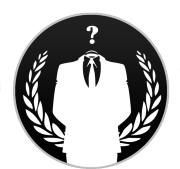